In this fast moving unstoppable world, no one is untouched by so called stress or anxiety, be it a school going kid, an adult or an age-old person. Stress, now a days, can be found in people for various reasons.

According to the National Institute of Mental Health “In America, almost 31% of the population is suffering from anxiety, out of which the ratio of women is twice as that of men.”

While the symptoms of anxiety or stress depend on person to person, it can be surprisingly cured with some dietary changes. As they say “You become what you eat.” The type of food, you are having in your diet can cure your mental health and makes you stress-free.

Wondering what these food items are? Let’s understand the best natural foods to reduce anxiety.

Yes, we all love chocolates, don’t we?

Chocolates contain tryptophan which helps in enhancing the mood thus making you feel less stressed. It also contains magnesium which can also minimize the possibilities of depression. While going for a bar of dark chocolate, try to opt for the one which is 70% or darker than the usual ones. Do not overeat, try to take 1-3 servings of it.

Because “Haldi” is the answer to everything! Be it that childhood wound, or flu, it works like magic. The main ingredient in turmeric is curcumin while helps in combating the anxiety level of a person.

“A 2015 study found that curcumin reduced anxiety in obese adults.”

Though turmeric is used in our meals on a daily basis, it can also be used in preparing smoothies, curries, and various other dishes.

Yogurt is prepared through fermentation and contains a bacteria called Lactobacillus which has a positive effect on the brain leading to the calmness of the brain. Other fermented products such as cheese, kimchi, and fermented soy can also be included in the diet to fight against anxiety or stress.

“A 2017 review found that 200 mg of theanine improved self-reported relaxation and calmness while reducing tension in human trials.”

The best alternative to sugary drinks, coffee, and alcohol is green tea. It not only improves your metabolism but also makes the digestion of food easier. It contains an amino acid known as theanine, which has a positive effect on our mind and helps in reducing anxiety levels.

Eggs are a rich source of Vitamin D and protein. It also contains an amino acid called, tryptophan which in turn creates serotonin. Serotonin helps to relax our minds making them stress-free. It also helps in elevating our mood and behavior. This stress-buster can easily be added to our daily diets.

“Some studies have shown that eating five or more servings per day helps boost your mood, yet according to the Centers for Disease Control, only 10% of Americans hit that recommendation.”

Cherries contain quercetin, which is an antioxidant, it helps in combating the stress or anxiety levels in the human body. Eating fruits and veggies on a regular basis is also recommended.

Also Read– Is it good to take a multivitamin everyday

Like eggs, kiwis also release serotonin, which acts as a stress buster. Apart from serotonin, it also produces Vitamins C and E along with folate. These help to reduce the anxiety and stress in humans.

As Chai is not a word, it’s an emotion. For all those chai lovers, who cannot pass a day without tea, chamomile tea could be a great option to reduce the stress level.

“A 2016 clinical trial, with results published in the journal Phytomedicine, suggests that those who drank this tea over a long-term period “significantly” reduced severe generalized anxiety disorder symptoms.”

It contains Vitamin B6 as well as magnesium, this produces serotonin in the brain which in turn helps to reduce anxiety and leaves you calm. Avocado can be added to the diet as smoothies, salads, or egg omelets.

You must have seen your parents or grandparents, having a cup of milk at night, before going to bed as it contains minerals like calcium, potassium, and magnesium. Magnesium plays a vital role in reducing stress levels overnight.

Apart from the above-listed food items, here are some of the other anti-anxiety foods that can be included in your daily diet. 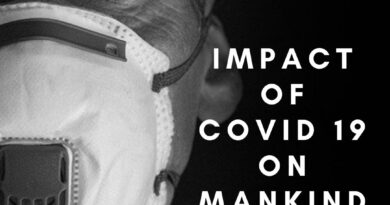 Impact of Covid 19 on Mankind- Effects of Pandemic 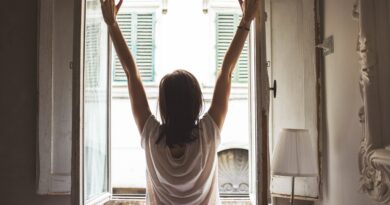 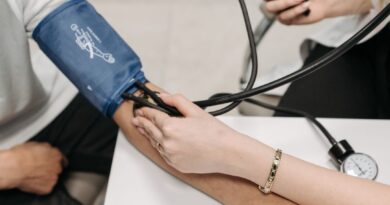 If you or a loved one is dealing with hypertension or blood pressure concerns, you should definitely purchase a best