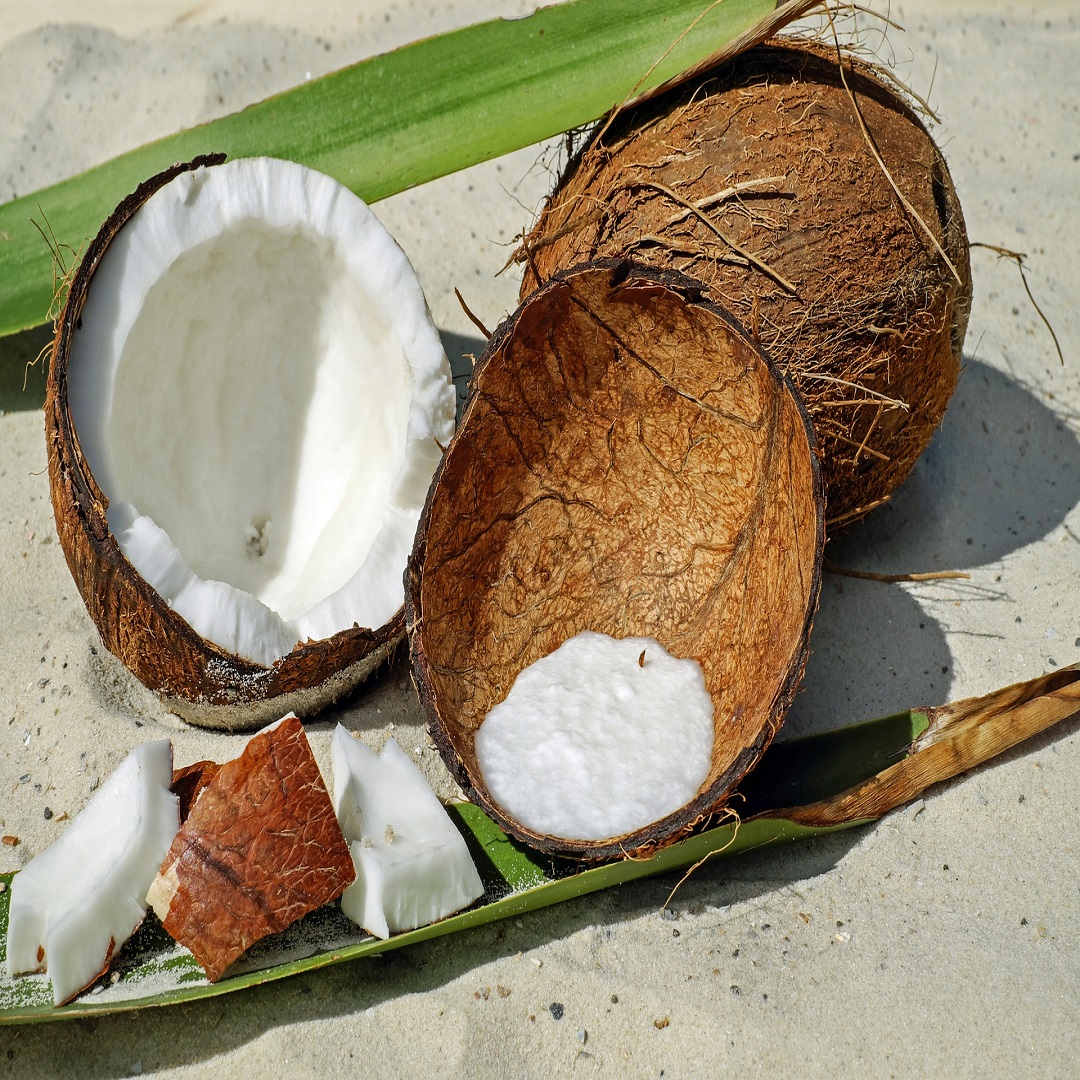 Living and growing up in Indian society, we can see the inevitable role that coconut plays in various religious events. In India, we can easily find coconut meat at grocery stores or even at the bus stands or railway stations. The freshly cut coconut looks amazing with its white meat and comes up with a lot of health benefits.

Coconut plays an essential part in the staple diet of the people living in the tropical regions as coconuts are found in abundance in tropical climates. People enjoy a lot of delicacies made up of coconut meat such as coconut chutney, sweets, or even raw coconut meat.

Is coconut a fruit? A nut? Or a seed?

When you pick up a coconut that has been fell from the palm tree, you will notice the hard and green layer over it which is termed as EXOCARP.

Under this layer is the brown colored husk which is called the MESOCARP.

Furthermore, under mesocarp, you will find the coconut meat with some liquid, known as coconut water.

Therefore, we can say that coconut is a mix of fruit-nut-seed.

Coconut meat contains a lot of nutrients, some of them are as follows

Yes, coconut meat contains fats also. The amount of saturated fat is about 13.4g, whereas monosaturated fat and polyunsaturated fat make up 0.64g and 0.16g respectively.

Also Read: Is it good to take a multivitamin everyday?

You can consume coconut in various forms to have the required health benefits:

How to choose the Best Coconut?

While going out in the market, you may have come across broadly two types of coconuts, brown and green. They differ in age i.e. green coconuts are young and contains less meat and more liquid whereas brown coconuts are mature and contain more meat and less juice.

To choose the best one for yourself, you have to find the one that feels heavy and on shaking you can listen to the sound of liquid. Do not buy coconuts with cracks.

How to store them?

A coconut can be stored at room temperature for four months. Coconut meat can be stored in the refrigerator for seven days and it can also be deep freeze for about three months. Also, coconut milk can be refrigerated and should be consumed within three days.

Shredded coconut can be stored in an airtight container for about six months at room temperature.

Now as we have a lot of information about coconut meat, let us have a look at the benefits of consuming coconut meat in a certain amount.

As mentioned above, coconut meat is rich in a variety of nutrients and minerals such as manganese, carbohydrates and various types of proteins, etc.

It is also a rich source of iron, which helps make red blood cells as well as selenium, which is an antioxidant that protects the cells of the body.

Apart from these nutrients, coconut meat contains fats also which is in the form of medium-chain triglycerides (MCTs). Human body absorbs MCTs instantly. It provide us energy and strength. This is also useful in reducing fat from the body.

According to the studies it has been proved that people living on Polynesian islands eat coconut meat more frequently and have lower rates of heart diseases as compared to those who are following the western diets.

Consuming coconut oil have a neutral effect on our health as it contains higher levels of HDL (good) cholesterol as well as LDL (bad) cholesterol.

Coconut meat contains fewer amount of carbs and a high amount of fiber and fat, which in turn helps in balancing the blood sugar levels.

In a study conducted on diabetic rats, it has been found that the rats that are fed with proteins made up of coconut meat are showing improved levels of insulin and metabolism. This is because the protein that has been made with the coconut meat contains arginine content which is helpful in the functioning of pancreatic cells.

These antioxidants prevent the arteries from making plaques, reducing the risks of heart diseases.

Could be added to Everyday Diet- Coconut Meat Nutrition

Flaked or shaved coconut can be used in a variety of dishes to increase their flavors such as curries, fish stews, rice dishes, etc. Shredded coconut meat can be used for baking and also add a tint of sweetness and some moisture to cookies, muffins, and bread. Coconut flour is also beneficial for health. Cooking, baking, sautéing, or even for roasting food could be done with coconut oil.

Like everything has its pros and cons, so as coconut meat does. Consumption of excessive coconut meat could lead to ill health effects.

Some of the drawbacks of coconut meat are as follows:

Having a proper amount of coconut meat or coconut oil in our diets can help overcome a lot of health problems.

As the coconut meat is full of MCTs, it will help reduce weight, proper functioning of the heart, and proper digestion.

Though it is high in calories, therefore it must be consumed in a moderate amount.

www.fitnessrobust.com is a participant in the Amazon Services LLC Associates Program, an affiliate advertising program designed to provide a means for sites to earn advertising fees by advertising and linking to Amazon.in.

we may earn an affiliate commission on the purchases made through links.